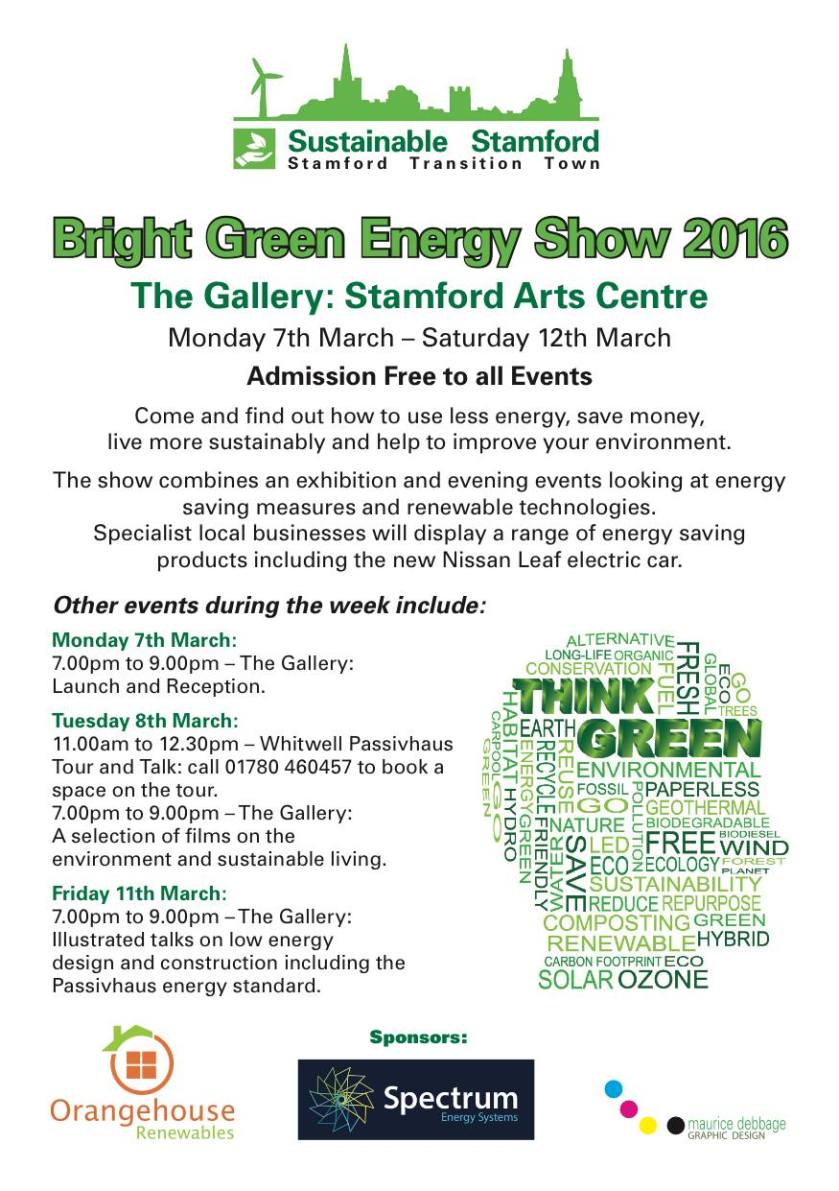 This could be interesting and useful.

Admission free to all events

Come and find out how to use less energy, save money, live more sustainably and help to improve your environment.

Other events during the week include:

7-9pm – The Gallery: launch and reception.

7-9pm – The Gallery: A selection of films on the environment and sustainable living. More information available here.

Spalding Road is the A16.

The A16 from Peterborough to Spalding subsided and was closed (if I remember correctly before it opened) until remedial work was completed. It starts in Paston Ward and travels through Northborough Ward in the Peterborough unitary authority area (governed by Peteborough City Council).

It travels through two parliamentary constituencies: that of Peterborough Borough and South Holland and the Deepings.

The Fletton Parkway is the A1139

The roadworks which are currently underway and which have hit a £4.5M size brick are within the following areas of local government:

Was there a Clerk of Works?

To the best of my knowledge Clerk of Works is currently not a role within the organisation structure of Peterborough City Council (I can’t find the role on their website). Happy as always to be corrected.

If Clerk of Works is the role which secures budgetary control (see above video), why isn’t Morson (the contractor apparently covering the role) picking up 100% of the £4.5M cost overrun?  One way to establish the reason for this would be to subject the relevant contracts and subcontracts to scrutiny by a person competent in law of contract.

Personally, if I were the council I’d bring the role of Clerk of Works straight back in-house to establish and secure a clear line of responsibility and management.  A good properly qualified person in this role could save the city a fortune over time.  I know that breathtaking achievements (even if you only count the beans) are often made, quietly and without a brass band, by people doing this sort of job for other organisations.

Information on the history of the role of Clerk of Works within Peterborough City Council’s remit very welcome.

Simon Machen says there was no reason to expect contamination. Previous scheme on the road had shown no problems #pborocc

@PTJoelLamy ..no reason to expect contamination?

I am delighted this decision has been reached and I wish them well.

If you are near Peterborough come along to this meeting next Sunday on the Lincoln Road.  Here are the details https://fionaradic.wordpress.com/2011/07/01/radioactivewaste/  The exact location and a map are on little green calendar.

And click here to find news and links to all the background material: http://ldia.org.uk/post/Campaigners-bring-a-legal-challenge.aspx  This is one to watch.  Do support this campaign in whatever ways you can.