Yesterday, inspired by comments about walking by Ch Ali Shan, I smashed a personal best (PB). I completed a hyper leaflet drop. I knew it would be tough, so I decided to use a smart phone app called mapmywalk.
I was thinking I could picture my leaflet drop to produce something shareable with the team (we’d just broken all our leafletting records over the weekend) and that this would be fun for me on a tough day and we might end up with something we could all use. I don’t go nuts for personal performances or PBs (well, not usually!) but the mapping bit could turn out to be extremely useful. But I’d already set off, before deciding to give it a go and downloaded the app on the go. (I wouldn’t do that usually.) So I began with an inaccuracy: a bit of real walk not covered by the walk being built by the app.
Doing this properly, you’d have to decide: what is the start of the drop: where you start delivering, or your home?
As I went, I found good things to snap:

And you can’t go anywhere in Peterborough now without finding ghastly things on pavements. The stuff we can’t live with and before it has done a job is no longer worth the cost of disposal to people who value what cash they can get. I now report there and then, using: FixMyStreet, which has much more functionality than MyPeterborough which, despite being a very poor and unresponsive (i.e. the app developers don’t respond to user queries) app, is the only one listed on the council’s website. Here are some of the horrible things walkers come across every day in Peterborough:

You can pause the “walk” on the app and resume, so as keep the walk part look like an actual walk and the stop and do things or chat to people not look like part of the “walk”. If it were possible to do this correctly, the app would give you an accurate average speed for when you were really walking. It sounds easy, but every time I did something like  reporting a discarded pct and then the mouldy chair without remembering to pause the app each time, there would be an impact on my “walk’s” average speed and my results would get less and less true.
In fact, yesterday, I think as I pressed resume, just after the mouldy chair by the bus stop and the public toilets which have been closed for over a decade, I lifted my head, ready to go and a massive training lorry swung swung into a small tree in front of my eyes. There are moments when apps are not even in your consciousness.
But once or twice I also forgot to resume until I was several hundred yards from where I’d stopped. This error is funny because the app creates something which looks like a flight path on the “walk”. When I did this and turned a corner, the app would draw a flight path straight through a house. And when I stopped in The Crown for a coffee (yes, they do), the app stayed there long after I’d set off again, sat and maybe dozing in front of the fire, improving my average as I walked on and on without using any time, and waiting for another short flight.
I wonder if a pedometer rather than a route mapper would have worked better for me, or maybe one which does both? Because unless you are delivering to homes with very long driveways, the app doesn’t see the little sideways ducks and dives from the pavement to the letterboxes. That is OK if what you are mapping is an ordinary walk. But a leaflet drop is something else.
People look down on leafletting or assume (sometimes at their peril) that it is easy. In fact it isn’t easy: it is very physical and the best footwear would probably be cross trainers. It isn’t just the walking: it is the sharp turns round gates, bending down to letterboxes, some of them at ground level. Leafletting certainly gives your whole body a workout. This is why councillors ask people to help them deliver and promise them they can shrink their waistlines. This promise is actually true. It is also hard on the knees, because if you walk fast your body needs to change direction fast.Which app best describes this sort of activity?
As for today, I might write a bit and check on my seedlings or if my legs can cope, I might pop down to the Real Nappy Library, who are doing their bit to reduce landfilled nappies in Central Park today till 2pm. 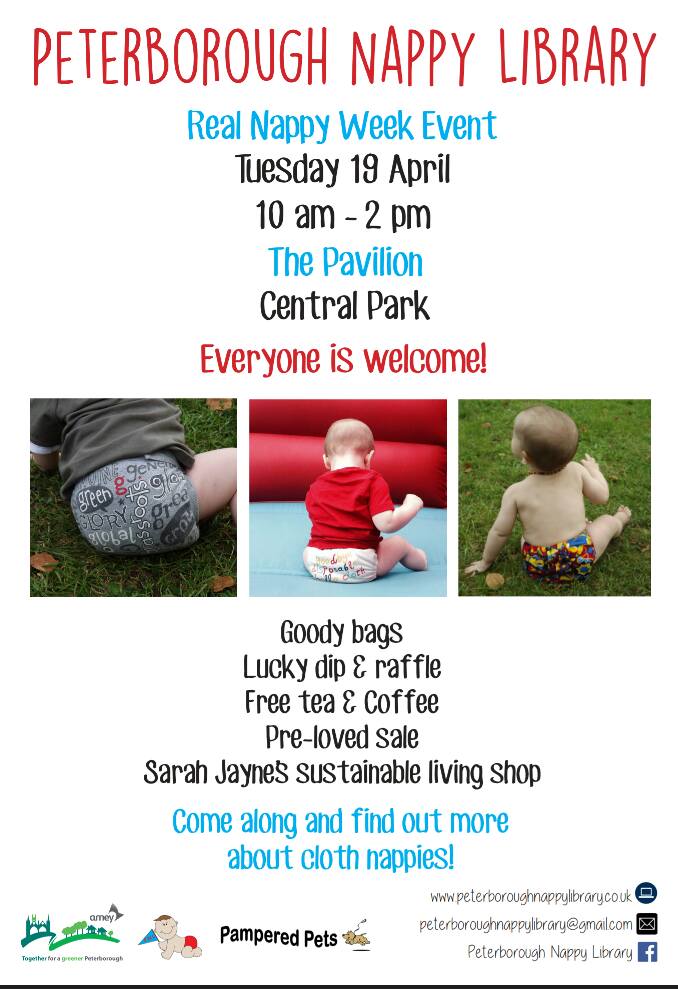 One thought on “Peterborough’s nappy app”

Peterborough City CouncilMay 5, 2022
Make sure you are registered to vote!